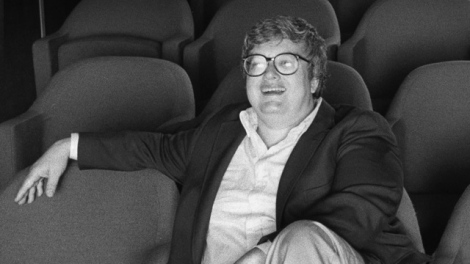 The Man behind the Thumbs

The juxtaposition is hard to miss. It’s late into Life Itself, director Steve James’ deeply intimate documentary about popular Chicago Sun-Times film critic Roger Ebert, and we’re in a hospital room. Someone asks Ebert, during his final days of life, how he’s feeling, and without hesitation he gives his signature “thumbs up.” James zooms in on the famous appendage. Once Ebert’s hallmark way of affirming a movie, in the last act of his life, it became his primary way of affirming anything.

While this might be a noticeable lamentation, the documentary, based on Ebert’s 2011 eponymous memoir, is not so much a mellow eulogy than it is a full exploration of his life’s work. But James, whose previous works include Hoop Dreams, doesn’t pander to Ebert’s celebrity. This is very much a personal and humanizing film, delving into Ebert’s vices, skirmishes, friendships, and loves, both in his life and on the screen

And like Ebert’s unwillingness to hide the eventually fatal thyroid cancer to the public, James doesn’t censor his subject’s final speechless months on earth. Filmed primarily in Ebert’s hospital room and rehab center, filmmaker and film critic communicate with Ebert’s computerized voice, an impersonal device emitting his same personality. The perspective is exclusive and the details unwavering. If you followed any of Ebert’s writing in the last four months of his life, watching his daily routines and struggles gives those words more inspiring weight.

James presides with his camera between a rotation of nurses, assistants, and family members, most notably Ebert’s devoted wife Chaz. Ebert’s meals are suctioned to him through a plastic tube and during feedings his face winces in pain, his jawless mouth dangling where words used to flow. But his spirits remain sturdy and spry. Somehow his fingers still have the urgency to type, and James, in order to garner more information, sends daily emails with questions for Ebert to answer. His responses are clever and profound.

Passages from the memoir guide the documentary, dutifully narrated by Stephen Stanton with a carbon-copied voice. They mostly recall his early life and career, subjective ruminations about his parents stitched together with secondary sources. Colorful citations range from film critics A.O. Scott and Richard Corliss to directors Werner Herzog and Martin Scorcese, who testifies that Ebert helped rescue his life at a dark time. Friends help recount the boozing and schmoozing at the newspaper watering hole O’Rourke’s, which spawned Ebert’s poor taste in women and alcohol addiction, which he eventually learned to quit

By far the most vivacious and essential scenes recount the notorious love-hate relationship between Gene Siskel and Ebert, the dueling Chicago newspaper critics whose printed words took exaggerated form on the television screen. First with Sneak Previews and later with Siskel and Ebert at the Movies, the pair’s contentious relationship becomes the focal point of the documentary. Hosting a show that lifted them into popular conscious, Siskel and Ebert rarely agreed about a movie, offering great theater to viewers over several minutes of heated discourse. Their roads to stardom were much different.

Their contentious moments are recalled in archival outtakes of the show, comical and biting jabs they would throw long after the camera stopped rolling. They couldn’t see the other’s necessity. Ebert is sharp and condescending in these moments and Siskel is jealous and antagonistic. A boisterous argument over Benji the Hunted laughably turns into an Ebert lecture on how he rates movies. But there was mutual respect. When Siskel hid his life-ending brain cancer he laid the opposite blueprint for his partner’s final years. Ebert would let everyone know he was sick.

The show was emblematic of Ebert’s mass appeal. Eventually it spread to film capitals New York and Los Angeles. When James cuts back to the hospital, you witness the aftermath of Ebert’s 70-year long journey: the outpouring of fans writing him each day, the small town Chicagoan who became the defining mainstream voice, the love he found with Chaz. In his later years he lost some of his chiseled arrogance. He became a grandfather, a teacher, and a fighter.

He also became a champion of others, believing in directors and writers whose only outlets were through the Internet. When Ebert lost his voice, he found another one through social media and his blog. James doesn’t spend enough time near the end to address its magnitude, which still has a lasting impact. Richard Roeper’s absence from the film is also noticeable. But James still finds poignancy and truth. I find myself returning to Ebert’s writing after seeing a movie, like many do. He could connect through scholarly approach and communal feel. “Movies are like a machine that generates empathy,” he says. This documentary is no exception.

Get to know me!

My name is Jake Kring-Schreifels. I'm a Fordham University Grad. I write about movies and sports. Thanks for reading.

Take a look at my latest postings